In the past decade Spine surgery has witnessed exponential growth in techniques and technologies. Numerous patients have benefited so far with spinal surgery. With growing experience and periods of follow-up after conventional spine surgeries, surgeons started to face the flip side of these conventional open surgeries. Conventional surgeries have yielded results in many patients but have also left many patients with dissatisfaction.

All these have given rise to a very large group of patients termed as “FAILED BACKs “. Not only do these failed back patients cast a shadow on spinal surgeries but it is not easy to revise these surgeries and produce excellent results.

MISS is developed with a concept to make surgery as near physiological as possible. The aims are

In a nutshell, MISS aims to help a patient to get back to his normal active life with the least possible surgical intervention.

For many years laminectomy and discectomy have been replaced by microdiscectomies for cervical and lumbar disc herniations in a stable motion segment. However, microdiscectomy requires epidural dissection, coagulation of epidural blood vessels, nerve retraction, minimal muscle stripping and ligamentum flavum resection. 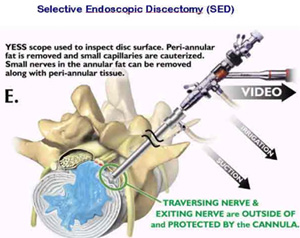 To avoid all the above surgical violations of normal tissue, discectomies are now done via an endoscopic approach. PELD (percutaneous endoscopic lumbar discectomy)/ PECD (percutaneous endoscopic cervical discectomies) are done through a posterolateral transforaminal approach for lumbar spine and anterior approach for cervical spine. They are done under local anesthesia avoiding the morbidity and risks associated with general anesthesia. To approach the Kambin’s Safe Zone in the transforaminal approach, muscles are dilated upto just  8mm.

There is negligible surgical violation of the epidural space around the spinal nerves. The patient can walkout of the operating room. The surgery is done on a day care basis.

Fusion surgeries have been the gold standard surgical technique for the unstable spine and for multiple degenerated disc disease. Fusion has its own disadvantages like extensive surgical dissection, blood loss, possibility of pseudo-arthrosis and adjacent segment disease. To avoid these complications, MISS attempts to preserve the mobility of a motion- egment. This is done either by using a total cervical/lumbar disc replacement or by using the posterior interspinous stabilizing devices. Cervical disc replacement has already proven itself in yielding benefits to patients as compared to ACDF (anterior cervical discectomy and fusion). Lumbar disc replacement is still in its very early stage and we need to wait till it really proves itself. 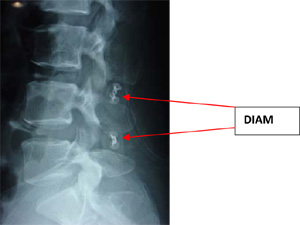 Inter-spinous devices work by restoring the posterior tension band of a motionsegment, have already been successful in degenerated motion-segment. There are a number of inter-spinous devices available like X-Stop, DIAM, Coflex, Wallis etc. They are useful to offload the degenerated disc, to widen the foramen by keeping the segment in slight flexion, to off-load the facets by being a load- haring device biomechanically while at the same time providing a restricted safe motion to a segment. 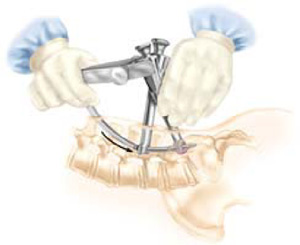 There are multiple pathologies of the spine that can only be treated by a rigid stabilization and fusion like spinal trauma, lytic or dysplastic lysthesis, infection, tumor, etc. When fusion is the only option, minimally invasive fusion is the bridge that least can avoid approach related deleterious effects on a human spine.

In Minimally Invasive fusion surgeries, the spine is approached with a muscle friendly approach as described. Instead of doing a wide decompression, micro-decompression is attempted to preserve the natural barrier. Instead of opening very widely for pedicle screw insertion, the screws are placed percutaneously from separate stab incisions. Screws are connected with a rod that is also inserted percutaneously. This technique not only preserves a healthy muscle cover but also reduces the blood loss during surgery making patients recover faster. 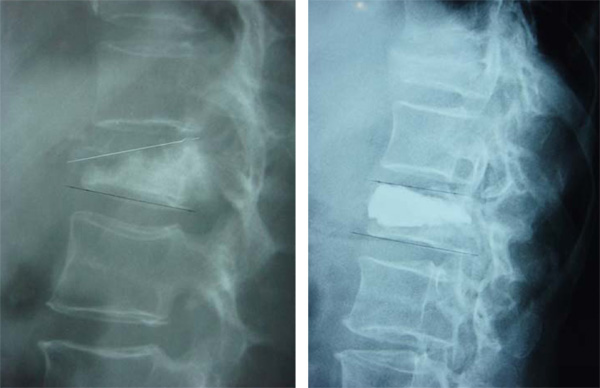 Minimally invasive spinal surgery is in its infancy. With further advances in optics and surgical technologies even more spinal pathologies can be treated with the MIS concept thereby increasing patients’ satisfaction and also the success rate of spinal surgeries. MISS done so far has immensely benefited patients and has reduced some of the untoward effects of conventional open surgery.