The mortality associated with pelvic fractures has decreased significantly over the past 30 years, due to improvements in early patient rescue, rapid transport from the site of injury and vigorous resuscitation.

As the patient’s general condition is being stabilised, mechanical stability of the pelvic ring should to be assessed Clinically and radiologically. An AP radiograph of the pelvis in conjunction with the hemo-dynamic status is enough to make a decision on emergency pelvic stabilisation. A CT scan though better, may not always be possible in a
polytraumatised patient.

Classification of the pelvic injury (according to Tile) helps to differentiate the Stable (A), Partially Stable (B) and Completely Unstable (C) injuries.

There are other classification systems too – notably the Young and Burgess System which is a mechanistic classification depending on the nature of the initial injury.

Emergency management of the pelvic injury includes measures for external reduction of pelvic volume which leads to compression of fracture surfaces and the open venous plexuses resulting in stoppage of bleeding. This can be achieved by an external fixator, a C-clamp, pelvic binder (regular/ pneumatic). Care is taken to see that there are no fractures where the pins are inserted. 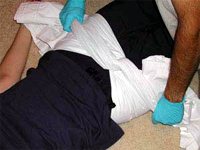 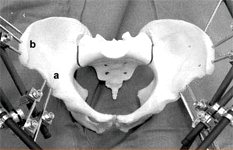 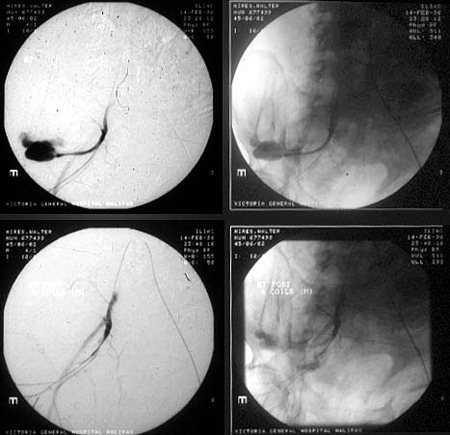 External tamponade by such measures may not be enough and a laparotomy to attend to intra- abdominal injuries and packing of the bleeders in the pelvis may be necessary. Nowadays, with advancement of interventional radiology (pin- hole surgery), embolisation of active bleeders is a minimally invasive alternative, in sselected cases.

Not all pelvic fractures require internal fixation. The fractures that need to be fixed are: 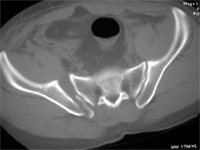 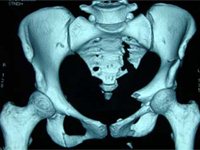 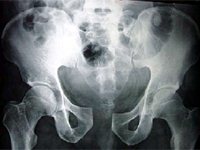 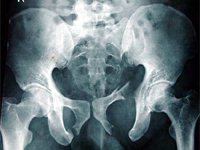 It is necessary to time the definitive fixation depending on other injuries and the patient’s general status to avoid the “second hit” and multi-organ dysfunction. 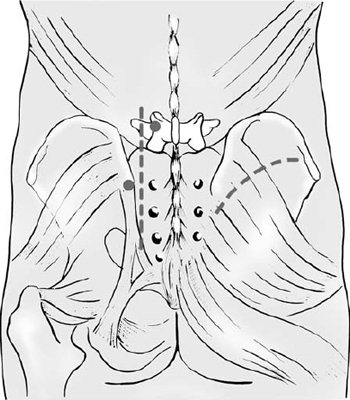 Internal Fixation
If both the anterior and posterior ring fixation is required, the posterior injury has to bee estabilised first. In some cases, posterior fixation alone is enough. However, anterior fixation alone, except in mild “open book” injuries will fail and is not recommended. Whichever segment is operated, reduction is more important and is sometimes more difficult than fixation.
Posterior Ring Fixation
Approach:
The sacro-iliac joint can be reduced by

The sacral fractures are approached by a para-median or midline incision, posteriorly. Fractures of the posterior ilium are exposed by an incision along the iliac crest. 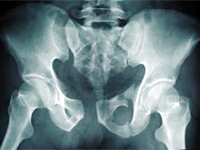 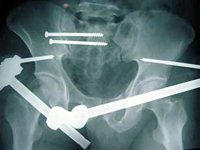 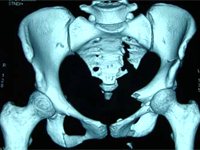 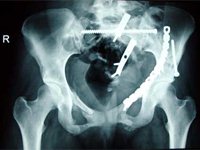 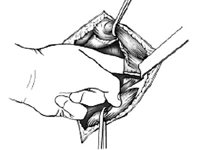 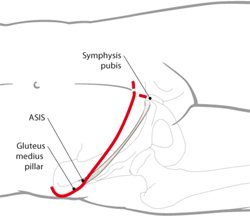 Acetabular Fractures
After a diagnosis of acetabular fracture is made, classification of the fracture (according to Letournel and Judet) is done with the aid of AP, obturator oblique and iliac oblique views +/- CT scan, to determine further treatment.

In acetabular fractures, minor malreductions are less tolerated than in the pelvic ring. Even so, not all fractures need surgery. The following can be treated non-operatively:

Emergency Treatment:
Closed reduction of dislocations of the hip is to be undertaken as soon as possible. 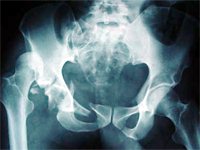 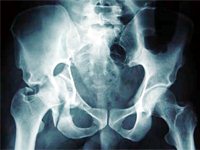 Skeletal traction is applied if the hip joint is unstable due to the fracture. 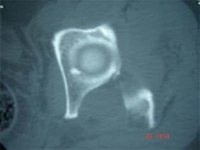 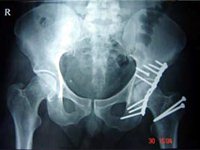 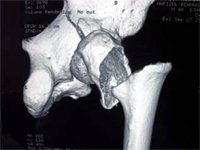 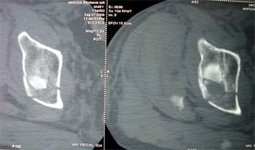 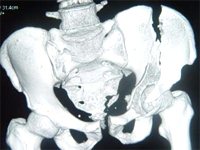 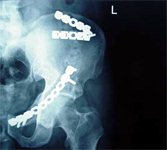 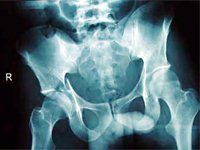 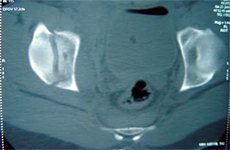 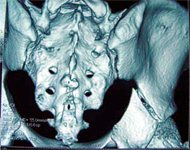 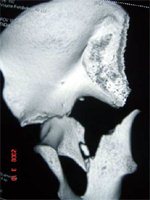 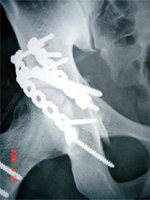 MIOT’s Approach
At MIOT Hospitals, the preferred line of management is:
Pelvic Fractures:

The frequency of combined approaches has diminished over time and single approaches are enough in most cases. 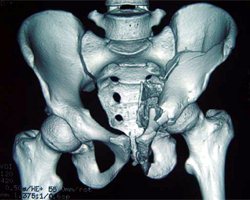 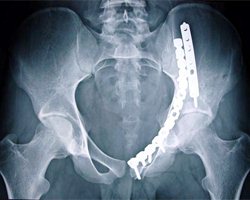